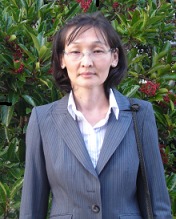 DR. B.MUNKHTSENGEL
​
She holds her PhD degree in Geology from the Graduate School of Environmental Studies, Tohoku University, and MSc from the Graduate School of Geoscience, Shimane University, both schools are of Japan. For over a decade she has been teaching and holding various research positions at the School of Geology and Mining Engineering, Mongolian University of Science and Technology. Now professor Munkhtsengel is the Head of the Department of Geology and Hydrogeology of her University. She made significant contributions in studying petrology and mineralization  of several minerals deposits of Mongolia and has an extensive list of published research papers in geology, tectonics and mineralization of various parts of Mongolia. 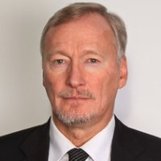 Dr Han﻿cock has a Masters Degree in Earth Sciences from the University of Waikato, New Zealand, and a PhD in Mineral Economics from the University of Queensland in Australia. Dr Hancock worked in Papua New Guinea for 16 years in different roles. During 2005 and early 2006 he also undertook a number of consultancy assignments in Indonesia, Fiji, Mongolia and Afghanistan. In 2006 he joined the World Bank as Senior Mining Specialist. In July 2011 he joined Rio Tinto Mongolia as Director for Strategy and Business Development. In October 2011 he joined Erdenes Tavan Tolgoi as Chief Operating Officer with the objective of developing a large coking coal mining operation and related infrastructure, and prepared the company for an IPO. In February 2013 he joined Anglo-American as President and Chief Representative for Mongolia. 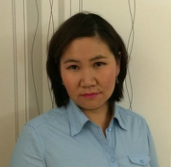 Mrs. Otgonchimeg has a Bachelor’s degree from Saint Petersburg State Institute of Technology, Russia and a
Master’s degree from Freiberg University of Mining and Technology, Germany. She attended a professional
development course on Oil Shale Processing Technology at the China University of Petroleum, Beijing in
2005. She has joined Mongolyn Alt Corporation (MAK) in 2004 and has been working as an Engineering
Manager at the Department of Energy and Chemistry at MAK Corporation. ﻿ 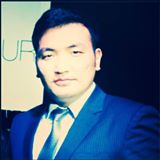 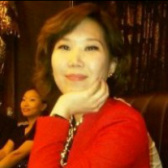 Bulgan has a Bachelor’s degree in General Psychology and Master’s degree in Work, Organizational and
Counseling Psychology from the Eotvos Lorand University, Budapest, Hungary. She worked as Head of
Human Resources at Mongolian and international companies such as Tavan Bogd Group, Transwest
Mongolia LLC. Currently, she is Managing partner at YMC Management Consulting Firm. 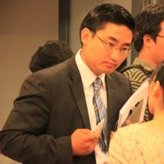 M. Enkh-Amgalan
​
Mr. Enkh-Amgalan received a Rio Tinto scholarship for LLM studies in Mineral Law and Policy at the Graduate School of Natural Resources Law, Policy and Management, University of Dundee, Scotland. He was a legal intern at Fasken Martineau LLP (London office), the leading international business law and litigation firm in the mining sector. He worked for the Foreign Service of Mongolia for about 7 years and was dispatched to Belgium, France and China as a diplomat. Currently, he is the Head of the Legal Department at Erdenes Tavan Tolgoi JSC, Mongolia’s largest state-owned coal mining company.