Margad graduated the Shine-Ue School in Ulaanbaatar, in 2018. Having been awarded with many student achievement honors  during her middle and high school years, she is now engaging herself in various development activities to gain experiences, skills  and contacts.
​She is Incoming Global Volunteer Manager at AIESEC Mongolia and has been contributing her time and energy  to public relations and international ties of WIMM.
​ 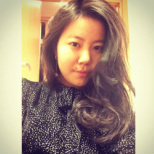 Sondor attended the Russian Embassy school in Warsaw, Meridian International School in Poland and graduated the Elite International School of Ulaanbaatar.
During her gap year, she worked at Erdenes Tavan Tolgoi and volunteered at the Community of Democracies. Currently she is studying at King's College London. 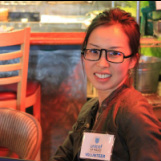 Enkhee has lived and studied in Alaska, USA for 5 years and graduated UAA in 2012 with a BA in Environmental Studies. She worked at Oyu Tolgoi mine after graduation and now works as an Environmental Consultant for AER LLC, a consultant firm for mining companies and various industrial objects. Enkhee has been mentoring for Agaa Egee Mentoring program since 2013 and at Green Bell NGO since 2012 as a program coordinator. Agaa Egee program is equivalent to Big Sister and Big Brother projects in the US. Green Bell is an NGO dedicated to educate youth about environmental issues facing Mongolia. She actively participates in Mining Environmentalist group's events and conferences to network and grow professionally. 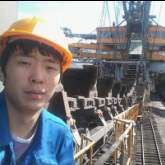 Since 2011, Margad has been studying towards a Bachelor of Mining Engineering at RWTH-Aachen University on a scholarship from the Government of Mongolia. Before arriving in Germany, he studied for 2 years at the MIning
University of Mongolia and did an Internship at Erdenet Mining Corporation, which is one of the largest open pit mines in Mongolia. During his studies in Germany, he completed internships at Vattenfall Mining and RAG Anthrazit. Vattenfall Mining is one of largest electricity producers in Europe. RAG Anthrazit is the deepest hard coal underground mine in Germany.